The Beretta Nano Sneaky Pete Holster has sewn belt clips which can accommodate a belt up to 1.75" inches wide.  The holster is made of high quality soft leather, and when worn on the belt resembles a cell phone case.  The advantage of this design is that it allows you to carry your Nano concealed, but with full and easy access.  Now it's possible to wear whatever you want, whenever you want to.  Don't dress around your gun anymore.

The holster is made inside and out of glove-quality leather, and uses two magnets to stay closed.  Each holster is designed for your specific firearm, and the opening is made in such a way that you cannot accidentally  place your finger on the trigger during draw.  The Kydex insert ensures that a smooth, silent draw occurs every time.

The use of double stitching and steel rivets guarantees that this holster will last for years to come.  All available options are listed above, and the holster can be ordered either with the belt loop, or optional belt clip.  We design every holster to be as small as possible and still fit your pistol. 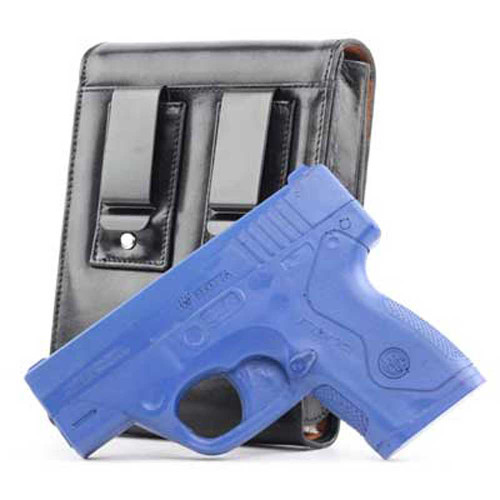